I woke up as the sun was reddening; and that was the one distinct time in my life, the strangest moment of all, when I didn’t know who I was – I was far away from home, haunted and tired with travel, in a cheap hotel room I’d never seen, hearing the hiss of steam outside, and the creak of the old wood of the hotel, and footsteps upstairs, and all the sad sounds, and I looked at the cracked high ceiling and really didn’t know who I was for about fifteen strange seconds. I wasn’t scared; I was just somebody else, some stranger, and my whole life was a haunted life, the life of a ghost. – Jack Kerouac, On The Road

Visions of living out of a suitcase, backpacking from one exotic locale to another, taking photographs of the immense variations on the human condition; these dreams I gave up after I gave birth to a child. The demands of raising a young daughter necessitated that I stay put and put these fancies made for singletons or ladies of leisure on the back burner. Perhaps the situation would be less constricting if I were male, and had the luxury of a wife to tend to the hearth. I could gambol away in one foreign land after another, the expatriate stolidly earning his keep, supporting his brood, and society would applaud him. I, woman, would be vilified for negligence.

Now that my daughter is older and able to survive without me for a week, under the eagle eye of my relatives, I make do with the sporadic out-of-town-and-even-country trip to sate my wanderlust. I am not a traveler who carves a notch on her walking stick for every tourist spot visited. I am a photographer, but as I’ve said before, I take pictures sparingly; I try to capture the scenes which have meaning. No cookie-cutter, pedestrian snapshots taken with the intent to inventory. On each journey I try to stamp on my memories a distinctly personal flavor: I’m not going to that theme park because everybody else goes there, and everybody else says I ought to go.

And if the garish theme park side trip seems inevitable, I am confident that I can find enough oddities in the itinerary to satisfy me. Perhaps I’ll stand in the midst of the hyperactive children and the frantic parents and think of a zombie movie, final slaughter scene set in a carnival, the appropriateness hitting me with a sneer. In Tokyo I rode a Ferris wheel; a common enough undertaking, even accounting for the hype that this was one of the highest and with the best views of the nighttime city lights. At the top, however, I experienced what Kerouac would have described as the ecstatic, pounding, clammy-hands gut feel of being lost, and stutteringly unsure of who you are, and reveling in the transcendence of it all.

It was the swaying of the gondola, the nipping cold air, the busy highways streaked with headlights, the blinking red aircraft warning lights atop the taller skyscrapers. Everything was prosaic, yet everything was new, and filled my heart and fed my mind with the weight of revelation, incompletely understood but shudderingly felt. You could call it the traveler’s high: I can only hint at it, as the feeling of being there.

Really, being there. As if the universe, fate, god contrived to synthesize you out of leftover stardust for the sole purpose of seeing Odaiba’s not-so-colorful rainbow bridge. Being there is waking up before dawn to a Japanese countryside flashing by, blanketed in darkness and in dew; your warm breath fogging up the bus window… Seeing the pines and the forest and the hills, dark hulks rising like one undulating sine curve after the other. Leafy mouths zipped against divulging secrets, but beckoning with hidden lore all the more. And how this foreign site feels is no different from what the sight of Polaris above the Ilocos crags imbued me with: a quiet assimilation of the humbling experience of passing the place where the bones of the Earth lay uncovered, of kneeling underneath the shadow of age.

A long time ago, I heard the South China Sea ravage the coastal crags of Ilocos Norte in the dark of a rainy morning, and in the distance the slender white fingers of Bangui’s windmills emerged from the mist. We went near the cliffs, amidst the wild thorny bushes scratching a bare living from the rocky ochre soil. I remembered how puny a human seemed in all the violence, a storm whipping up the waves, the lighthouse standing decrepit but uncowed on a high cliff. 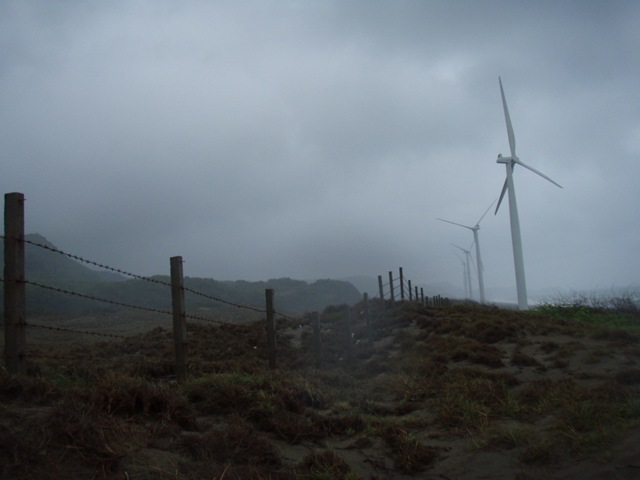 Dead center in Tokyo’s business district, late at night when the salarymen have all gone to their customary karaoke haunts, where the cubicles stand bereft of occupants and of purpose, and the streets are an anomaly, being free of cars. The walkways are harshly lit, and a train whizzes past on an elevated platform in regular intervals, the heartbeat of a district that has gone to mechanical sleep. I step on an escalator, hesitant; it moves, one of those First World sensor-operated affairs. In the silence, I have never felt more alone, never more alive. 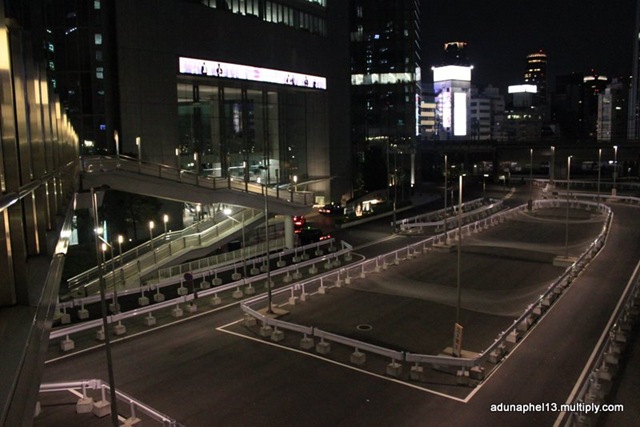 All journeys have to end. The end has its purpose: without it, you cannot tear yourself away from the hubbub of activity and begin to digest what you’ve experienced. Money runs out, the demands of reality creep in, and the familiar warmth of home beckons. Perhaps I’ve been domesticated by the creature comforts I’ve been accustomed to: not only the smell and feel of my own bed, but the presence of my sleeping daughter beside me. There is no trading her for cosmopolitan cities or vine-overgrown temple ruin; all the wonder and vivacity I look for in the eyes of the stranger I find in her open gaze. With her, a trip to the neighborhood playground is an adventure that never grows old.

How we adults wish that we can look at the ordinary with a slate wiped clean of preconceptions and see life for what it is: trekking from one outpost to another, finding rest in select moments, fighting on in some others. The destination is maddeningly indefinite, and varies from person to person, but all these transients can all agree on one thing:

When you stop moving, you die.

Look and ye shall find