I am so caught up in this FOMO on online news stories, probably because IRL events are proceeding at a stately pace. The pace of a conservative life with everyday struggles lived quietly, deliberately treading the path of day-to-day. It all leads to eventual dotage and seniors dying in their sleep.These are the complaints of being old, and being old means wrapping away the frayed ends of you, tying them into safety net knots for the people you love.

Once, you fell, and broke, and were invincible. Years later, you fall, and break, and lives not just your own break with you.

You are now made invincible by remembered pain, when before your lack of fear was driven by mere knowledge of pain. The adolescent angst and the hormonal confusion were just merest touches of the jaggedness of pain. Like a limb, once burnt, involuntarily shirking away from gradations of stimuli: from the pinprick to the whiplash.

What I read tonight led me to this introspective. Following Rookie Magazine on Twitter has been a boon, in terms of having a source for inspiring writing. Not that reading The Atlantic or Slate, with their well-thought out longreads and commentary, don’t impress me, but an online magazine for teenagers with such precocious writing brings something else to the table.

Namely (and as pointedly mentioned before), because I am old, and Tavi Gevinson is young and interviews Miley and Morrissey. Discarding the vampiric envy of the frail insight of youth, the articles exist to remind me of a period when I allowed myself to write, and write with such sincerity.

High school is when someone buds into underdeveloped, pimply premonitions of their twenties, and this is when I began to write. Before, I had been made aware of my talent for writing, and I did it well; drawing from the adult books that I read, adopting the same authoritative voice without the same baritone of informed experience.

It was in my teens when I began to write. I did it for myself, as a means of expression, a vehicle of enjoyment, and an opportunity for introspection. I began to write about what I liked, my singular interests:  influenced by adults in the same house, without siblings or cousins, barred from roughhousing with neighborhood kids, and left to my own devices at playtime.

So I surprised teachers with essays on terrorism (thanks, but no thanks, Tom Clancy novels), and read the classics voraciously. With putting out your writing comes the harbinger of criticism. A well-meant one, for a young girl with a fixation on adult topics: “your writing is too clinical.”

As a child, I rarely cried. On the rare times I did, I would shrink, I would hide. Silently crying at night, pretending to be asleep yet betraying my artifice by lying straight as a log. Tightly wound, noiseless and small, I was not a sweet, expressive child. My peers would have dealt with problems normally: throw tantrums, ask embarrassing questions, and risk Confucian punishment. I was not afraid of the sting of a slap, but I was leery of disappointment expressed at me.

The adults around me betrayed nothing abnormal. I understood that I was just going to have to deal with it close-lipped and alone. I was tough, and too intelligent for manic displays, so I obeyed. It was the way of the world and getting emotional would not change anything.

But there were hormones, and solace in books, and hero worship of walking fatherhood archetypes. Writers told you to express yourself.

So I wrote, emulating the freeform authors that spoke to my inner turmoil. My thoughts weren’t fit for the metered and archaic Shakespearean sonnet, or flighty delicate meditations on love and beauty. I grasped at something real, verses that crackled with the grit of daily life and the contrary range of human emotion.

And poetry I turned to, because prose was too measured and solid to keep up with my ejecta of verbiage.

The poetry that appealed to me spoke in the plain speech of common men, but they spoke of uncommon and unpretty truths: bare four walls in inner city neighborhoods, petty arguments, bitterness, and deviant love. My thoughts turned to beauty in the everyday from ee cummings, and to darkness in lonely bedrooms from Plath.

And I wrote about thoughts of death, and hurt and hate for the ones you love, and I bled through the ruled lines and the cheap paper and the fading ink. After the confessional, the pushback came.

Apparently, I was troubled, and was not to write about such real things. Of course the approach that they thought would make me stop and feel better only alienated me.

When perforce I only thought and dreamed and wrote, I hurt and did to destruction. Because one day, you think about how all that writing sounded hollow without the added piquancy of actual experience. As if I hadn’t been experiencing enough uncommonness at an early age; but yes, I was still sheltered, like most of us still are at various ages. No amount of real can ever fix the fearful artifice we cast on our shade to make ourselves at once interestingly acceptable.

If I had one regret it was daring too much and caring too little, and in the next decade I grew exhausted from the barrage of experience that I veiled myself, withdrawing from the outside and silencing the inside. And now I live, with all the quiet struggle I intended, missing some, hating some, existing safely.

There’s something to be said about being safe and having things and people to lose, and heavy realness to surmount: the solidity of mortgages, raising young children, the years coming with little (or what we think of as little) to show for it, the exhaustion of progressing from one day to another. Fearing the disequilibrium of disrupting the same, because when you’ve been thrown to the street for real, the romance of chasing your dreams while living from a dumpster loses its bohemian luster. Especially when your kids risk eating from the same unclean garbage.

I think of the day I made a promise to be edgy and real, and how little it matters, trying to live to a preconception of authenticity, when the very trying subverts it to a subtle lie. It’s fear of missing out overblown with today’s constant connections, and coupled with next day’s plain not caring.

Just feeling my age, when years are measured by work anniversaries, and by when you had offspring.

Just feeling my age, when I’m not as bright-eyed and not as fashionably jaded. Just in some desensitized, disinterested midpoint of the two.

Mental Detritus is glad to share with you effective blog tips that you can keep track on all your nail-art-adorned fingers! We skimmed pieces of advice off leading online publications and itemized them below. Admire us like the slick blogging pettifoggers we are.

Tick them off religiously and see the page views roll in!

Ten Tips to Blog Your Way to Success!

There is nothing more meta than talking about listicles in a listicle, lick my popsicle.

The listicle is the scourge of the Interwebs. Millennials (yay, me) with minuscule attention spans and weak reading comprehension spawned these gremlins. What better way to prevent TL;DR than to feed your readers content in bite-size portions?

END_OF_DOCUMENT_TOKEN_TO_BE_REPLACED 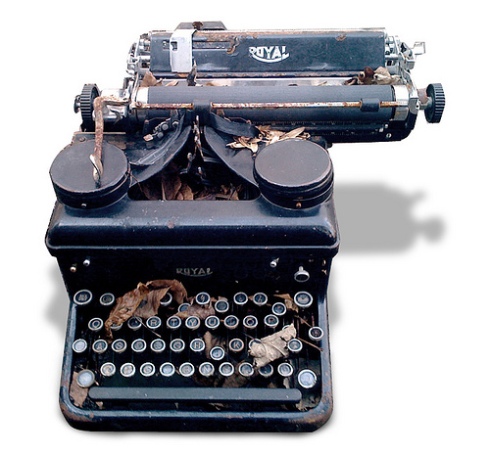 The omnipresent cliche: that the hardest part of any endeavor is getting started. So the engine is sputtering impotently.

I wrote this post a little more than a year ago. Today it sees the scathing light of the interwebs after ages of inactivity.

They say practice becomes perfect; there is nothing I hate more than having to dig in and scrabble for something I insolently consider as a birthright: effortless writing.

Nothing derails getting to the finished product quite like aiming for absolute perfection. No greater paralysis of effort than that brought about by never being good enough when nothing has been put to paper.

So, my unseen, uncaring muses, throw me a literary bone, will you? It’s a desert of inspiration out here.

Maslow’s Hierarchy of Needs and the Social Media that Fulfill ‘Em – by Erica Glasier, on Flickr

The days of business owners burying their heads in the sand of social media ignorance are abruptly fading away. At the very least, a brick-and-mortar outfit needs a website to complement meatspace advertising. Larger corporations with web savvy and currency to burn are opting to bring in the big guns: dedicated social media managers, a well-orchestrated Internet advertising campaign, and the software and hardware tools to support them. The overriding message is: evolve into a slick technological predator, or die like an archaic economic fossil.

END_OF_DOCUMENT_TOKEN_TO_BE_REPLACED

“Moralists are one in maintaining that a natural law inculcates the necessity of fasting because every rational creature is bound to labour intelligently for the subjugation of concupiscence.” – The Catholic Encyclopedia 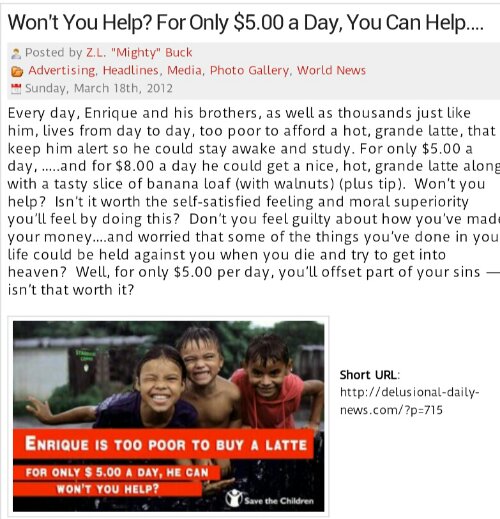 I cannot be more appreciative of the ritual Catholic Calendar, being oblivious to it; thus, I fail to see why meat should be proscribed on Fridays. It could have easily been a Thursday. Or could have been oysters.

END_OF_DOCUMENT_TOKEN_TO_BE_REPLACED

Look and ye shall find